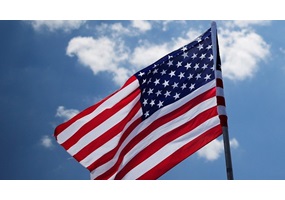 Asked by: IsaiahWOod23
Should America keep christian values
55% Say Yes
45% Say No
Load More Arguments
Leave a comment...
(Maximum 900 words)
Thoht says2018-12-03T12:32:15.923
Report Post
Unless OP can draft me a list of "christian values" and show how they were invented by christians, The entire question is irrelevant.
IsaiahWOod23 says2018-12-03T13:35:29.727
Report Post
Look here people. Christian values are also for other things too. The actual values were Judeo-Christian, So technically it is christian values. It is a christian values not to steel, Or commit murder. Or there are political things to, Conserve the constitution. Not all the founders were christians. Although there was a cultural aspect they they were basing things on. Key ward is VALUES, I'm not saying LAWS.
God is in our national anthem, Declaration of independents, Constitution. The law is based on the ten commandments(not 100 percent, But simple things were).
Thoht says2018-12-03T14:45:30.680
Report Post
God is not in the constitution at all. To the extent religions are in the constitution it's to say we're a secular nation. This is hardly a 'christian value' and again, You haven't specified anything. Many of the 10 commandments are not illegal, And laws for murder et cetera were in place well before the Bible or Jesus existed at all.
Thoht says2018-12-03T14:46:37.397
Report Post
Also, Conserving the constitution is not a "christian" value at all. In fact, Christians actively go against the constitution in several ways. Putting ''in god we trust'' on our currency in the 1960s, Inserting it into the pledge of allegiance, Et cetera.
IsaiahWOod23 says2018-12-03T15:12:30.897
Report Post
Jesus is not all of the Christianity, Christianity started at the beginning of time, When God created the earth. He gave people moral, Not to murder, Not to steal, Not to rape. The reason why people do this naturally is because God put them in them moral. A character of his own nature. Also, Many people claim to be christian who are against the constitution. But i'm not talking about people that claim, People who are Christians. You will be able to tell the difference. The ten commandment were made well before the USA was made, So its not insane to use the commandments. And not all the commandments are laws, But there more like moral Virtues. Everyone knows(or used to) not to steal, Or lie, Or commit adultery, Or lust. And i'm not talking about Christianity, About the culture. There are many people who embrace the culture of Christians, Like church, Who are unbelievers. I was not talking about the dollar bill, Although if america wasnt a christian valued countrie, Why would they put 'in God we trust'.
Privacy Policy | Terms of Use
Sitemap | View Desktop Version
©2020 Debate.org. All rights reserved.