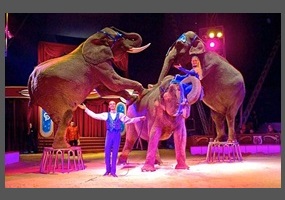 Should animals perform in circuses?