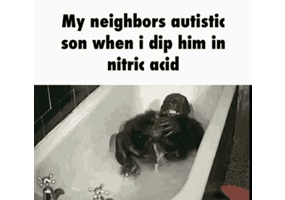 Should autistic kids go to hell and die?