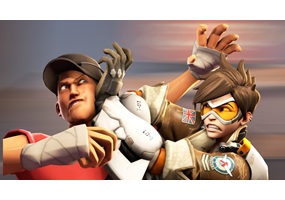 Should blizzard sue valve for copying their game overwatch with team fortress 2?