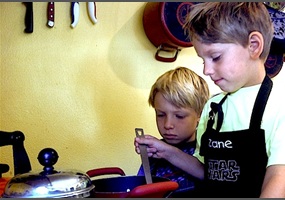 Should boys help in the kitchen?