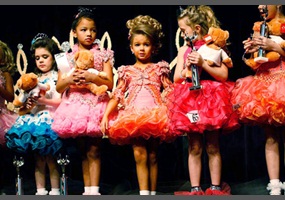 Should childhood beauty pageants be banned?