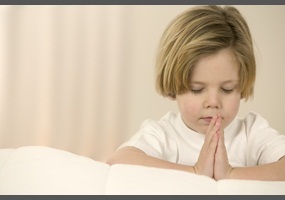 Should children be taught religion at a young age?

Asked by: Wraydan82
Religion, God
Should children be taught religion at a young age?
21% Say Yes
79% Say No
Load More Arguments
Leave a comment...
(Maximum 900 words)
Worm says2013-09-26T04:39:07.110
Report Post
Would you indoctrinate young children, who are too young to understand, your political views? Would you say to them that the good political view is liberal and that you must always vote democrat. Then would you take a step further saying that Republicans are doomed, mostly bad people and not enlightened like you and them. This is ridiculous, indoctrinating young children with complex world views is evil. Wait until they reach an age where they can comprehend the ideas being presented so they can make proper informed opinions.
PreferNotToBeLabeled says2014-05-04T06:57:58.203
Report Post
They shouldn't be taught till they are an adult or it's just brainwashing.
Privacy Policy | Terms of Use
Sitemap | View Desktop Version
©2021 Debate.org. All rights reserved.