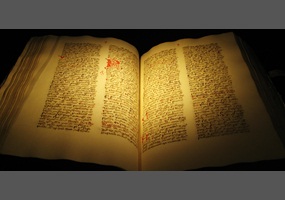 Should children be taught that the Gospel writers in the Bible were frauds?

Asked by: Sagey
God, Jesus, Bible
Should children be taught that the Gospel writers in the Bible were frauds?
23% Say Yes
77% Say No
Leave a comment...
(Maximum 900 words)
Sagey says2014-02-10T08:14:17.583
Report Post
BTW: If you listen to Bart Ehrman in the next clip, he tells how the Gospels were so inconsistent that they could not have been written by anybody who was actually a witness to the life of Jesus Christ. They are certainly not evidence for the deeds of Jesus.
Https://www.Youtube.Com/watch?V=GHJE7cetkB4
Sagey says2014-02-10T08:57:17.557
Report Post
It appears that we are likely to be opposed by a deluge of people taught by such liars and deluded into believing those lies.
There was no written documents found to be authentic documents written by any people who even knew Jesus Christ.
There was a 'Q' document which some of Matthew was supposedly plagiarized from, but it disappeared and has not been properly researched. Apart from that, there are no manuscripts written by disciples, in Aramaic, which is the language most of the followers of Jesus spoke. The well written High Level Ancient Greek that the first Gospels were written in, could not have come from the illiterate disciples whose names they borrowed, Fraudulently. Even if the information from the disciples was handed down by Rote learning, it would still be highly distorted and incorrect after 25 years. Rote is not reliable in any culture.
The differences in the Gospels accounts of Jesus life is proof that they cannot be trusted as truthful.
If they were truthful, there would be better constancy. As there is nothing Consistent, apart from his name was Jesus.
Sagey says2014-02-10T12:05:58.407
Report Post
https://www.youtube.com/watch?v=pDfYA21lDic
Sagey says2014-02-10T23:01:03.083
Report Post
Because the Gospels were not created or Authored by the Disciple's name they took, they are guilty of Identity Fraud. Thus they are still Fraudulent, regardless of how Christians try to spin it.
Sagey says2014-02-11T00:21:22.743
Report Post
Scapegoat just asserted that the Gospel Author names were merely Pen Names and thus not Fraudulent.
That is Wrong, because if a Pen Name is used that copies an important real person's name in an event, in order to give the appearance of Authority, then it certainly is Fraud or attempted Identity Theft of an Authoritative Figure!
Had they adopted Pen Names like Alf or Noddy, there would not be such Fraud.
Sagey says2014-02-11T10:10:44.430
Report Post
Some NT scholars go further than calling the Gospels Fraudulent, and assert that they are entirely Mythical.
Https://www.Youtube.Com/watch?V=ILldt2XHZw0
Sagey says2014-02-12T02:36:29.547
Report Post
I found this movie quite amusing, so might yourselves???
Https://www.Youtube.Com/watch?V=YIzlklisBqw
Enjoy! :-D~
Privacy Policy | Terms of Use
Sitemap | View Desktop Version
©2020 Debate.org. All rights reserved.