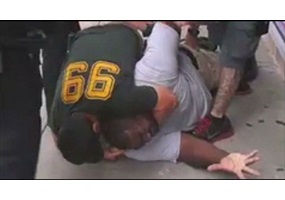 Should "Choke Holding" by Law Enforcement be "Banned"?