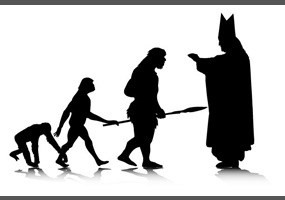 Evolution, God
Should Christians embrace evolution?
58% Say Yes
42% Say No
Load More Arguments
Leave a comment...
(Maximum 900 words)
Wallstreetatheist says2013-03-08T05:08:26.557
Report Post
Christians who don't believe the Bible go to hell. I think. Evolution is such a contentious issue, because it so deeply contrasts with the creation story of Christianity.
Privacy Policy | Terms of Use
Sitemap | View Desktop Version
©2021 Debate.org. All rights reserved.