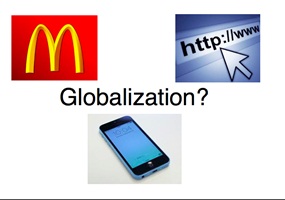 Should countries encourage the spread of globalization?