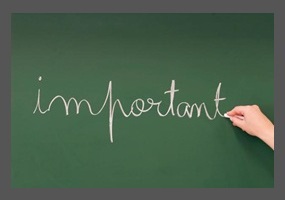 Should cursive writing be taught in schools?

United States, Cursive, school
Should cursive writing be taught in schools?
67% Say Yes
33% Say No
Load More Arguments
Leave a comment...
(Maximum 900 words)
Anonymous says2013-02-25T23:44:25.190
Report Post
i really think the person who made this whole work up did a good job because we get to tell what we want to say
Anonymous says2013-05-01T13:48:18.447
Report Post
True i think it is nice to leave ur opinion...
Anonymous says2013-08-06T03:06:14.597
Report Post
I think cursive should definitely be taught in schools. I find writing in cursive more enjoyable than printing or whatever it's called that people write these days. I'm so used to cursive. I was taught cursive when I was in 2nd grade and just went on from there messing with different styles and finally have my own personal style that makes writing a lot faster, enjoyable and it looks wicked too. I know some people don't like it and can't read it all that well. I've had teachers in the past not understand my writing even though it was definitely readable. To me, cursive handwriting is art. I like how I write an essay on paper and it looks so good. It's like eye-candy to me. I'm left handed also and my cursive is italicized at probably 35-40 degrees. I'm 19 already and I still like to find ways to improve my style. But I don't know. When I was in high school, I barely saw people write cursive. Just a bunch of messy text.
Privacy Policy | Terms of Use
Sitemap | View Desktop Version
©2021 Debate.org. All rights reserved.