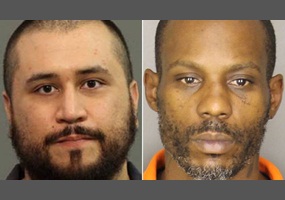 Should DMX fight George Zimmerman in a celebrity boxing match?