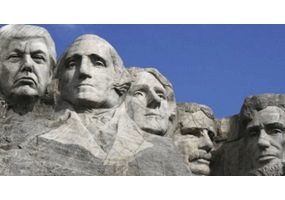 Should Donald Trump be added to Mount Rushmore?