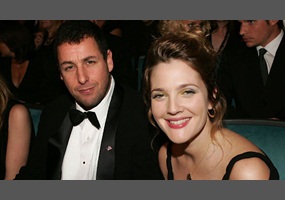 Should Drew Barrymore and Adam Sandler make another romantic comedy together?