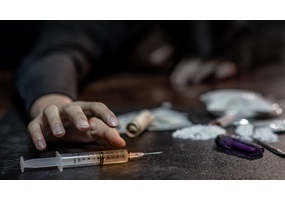 Should drug addicts be locked up in prison?

Should drug addicts be locked up in prison?
50% Say Yes
50% Say No
Leave a comment...
(Maximum 900 words)
osman.piuk says2020-10-22T11:03:36.497
Report Post
A phone number trace is something you may need to consider as it can be a frustrating experience trying to collect a dept from a customer who just seems unwilling to pay. While this is certainly a bad scenario, Whatif a customer who owes you money just disappears? It is possible to locate and find debtors with our phone number tracking through the phone number trace service.

Https://privateinvestigationsuk. Net/phone-number-trace/
Anonymous says2020-10-22T12:12:18.970
Report Post
Well listen up clown, I don't deal drugs and therefore don't have any customers. Drug dealers should be locked away too.
Privacy Policy | Terms of Use
Sitemap | View Desktop Version
©2021 Debate.org. All rights reserved.