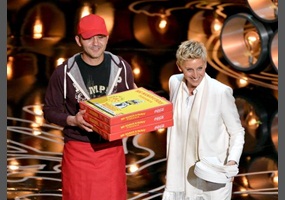 Should Ellen DeGeneres have asked the Oscar pizza delivery person to come onstage for all to see?