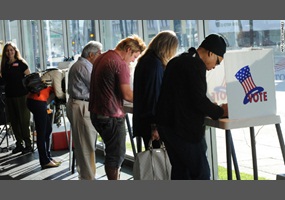 Should everyone be able to see who votes for who?