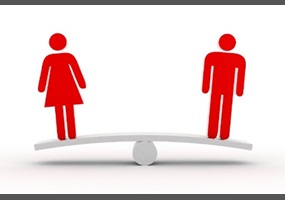 Should feminists be asking for the abolishing of separate categories for men and women at the Olympics?