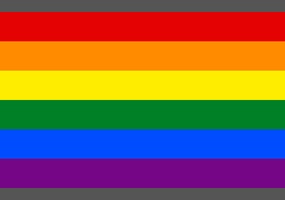 Should gay marriage be legal everywhere?

Asked by: Rated_PG
Should gay marriage be legal everywhere?
55% Say Yes
45% Say No
Load More Arguments
Leave a comment...
(Maximum 900 words)
itstartswith1 says2018-04-22T13:00:52.047
Report Post
I don't see why people who have nothing or will have nothing to do with someone's marriage is so against it. People bring the Bible into it, I am religious. But you can use the bible to back almost any argument you want. Slavery? Check. Death Penalty? Check. Depending on the logic, and finding the perfect verse you can almost anything.

Granted there is no verse backing gay marriage but there are lots of contradictive arguments. I do not feel that a book that can be twisted, can be used to back this argument. What about straight people? Annulments, divorces, affairs, contract marriages, arranged marriages, all undermine marriage period.

If gay people want to be married and be forever nagged by their partner for eternity; why not? Tradition is a poor reason to veto gay marriage. We used to do a lot of things for the sake of tradition. Why do you care you are not marrying your same sex, you don't have to have homosexual relations. Heck, I am pretty sure with a bit of effort you wouldn't even have to see them if you didn't want.

To the name issue, really you wouldn't mind as long as it is a different name. I am sorry but that is just juvenille. A name is just a name it doesn't mean anything. Personally, I don't endorse marriage only for the fact that no one takes it seriously. People put more thought in their morning Facebook post than someone that they are supposed to be with until they die.

You don't need permission to celebrate your love, Let people celebrate their love how they want. How are they causing you harm? If you don't like it just change the channel, why do you have to take their joy?
Privacy Policy | Terms of Use
Sitemap | View Desktop Version
©2020 Debate.org. All rights reserved.