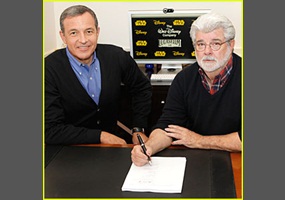 Should George Lucas have sold Star Wars to Disney?