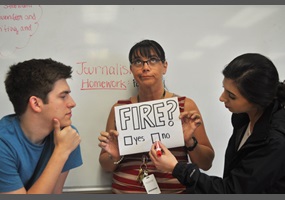 Should high school students be able to vote to fire teachers per year?