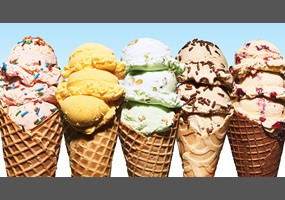 Should ice cream be free