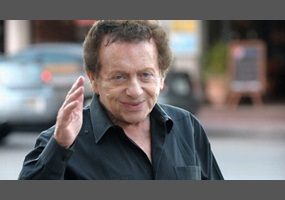 Should Jackie Mason's political beliefs influence public opinion of him as an actor?