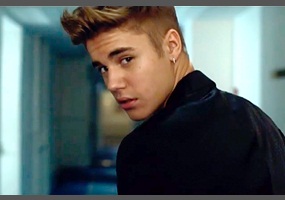 Should Justin Beiber be charged with a felony for egging his neighbor's house?