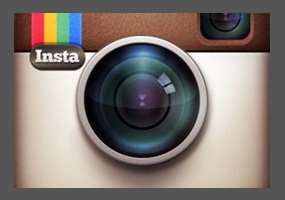 Most moms I know lump Instagram into one of these categories:

B) Growling social monster that eats up our kids’ self-esteem, making them uncharacteristically mean, weak for approval, pathetically brand conscious, and limp with self-pity.

C) Creative communication tool kids use to express their interests and concerns, and powerful parenting tool to stay connected with kids when they begin to pull away during the tween years.


When kids become tweens, they begin the important job of developing an identity apart from their parents. Social media is a great way to witness your child’s developing values, humor, relationships, interests, and concerns. It gives you the opportunity to talk about things that truly interest your kid. Perhaps you notice on your daughter’s account several posts of hockey pictures. You never knew she even liked hockey! Maybe she has a new found genuine interest, or maybe the cute boy in fourth block plays hockey and she’s quick to seem a fan. Either way, seeing a new trend allows you to open up casual conversations that could lead to bigger topics.

Some of you are thinking, fine, it’s one thing to see pictures of hockey, or horses, or even a shirtless Liam Hemsworth, but I’m concerned about the far less innocent things my kid might see – or post – online. What kinds of things are we talking about? Beauty contests in which kids rank each other based on appearance. Spongebob dropping the F-bomb. A middle school couple kissing. A cartoon marijuana leaf. An expression of self-hatred.
I understand that you don’t want your kid to see any of these things. But it is a fact that without an Instagram account, your kid will STILL see these images on a friend’s phone or iPad. The bummer is that you will not see them. And because you will not see them you will miss the opportunity to talk about them with your child, leaving her to process the experience alone (or through the comments of her peers.)

Before you give your kid access to any new technology, let her know you must have her password, and you can browse through the content at any time.
In return, promise to never comment on your kid’s posts, or her friend’s posts, online. If something catches your attention and warrants a conversation, promise you will have it privately.
Most importantly, promise you will have this conversation calmly and rationally. The moment you flip out because you saw something inappropriate on Instagram is the moment your kid resolves never to tell you anything important again. Quite possibly, this is followed by the moment she creates a new Instagram account under a disguised name.
Don’t comment often. Truly, this is her new playground and she won’t want you hovering there constantly. Save the comments for serious issues of safety or morality and let the rest of it slide. She’s just trying to figure things out so whenever possible, default to cutting her some slack.
Be sure the geotagging/mapping feature is turned off on Instagram. This means pictures your kid posts will not identify her location.
Do not allow your kid to post any photos with your home address or activity locations obviously displayed.
When naming her account, tell your child to use her first and middle name only, or a nickname (SoccerStar2000) but not her last name.
Have a conversation with your kid about collecting “likes”. Some kids use Instagram as a way to campaign for popularity. They enter “beauty contests” or beg for more “likes” on their posts. Ask questions that encourage critical thinking like “Why would a girl want to be evaluated on her beauty by a bunch of people she doesn’t know?” “How do you think the lowest ranked girls feel?” ” What would happen if you and a friend posted the same picture but hers got more likes?”
Encourage your kid to devote an Instagram account to a hobby or theme she loves. My daughter, for example, loves Harry Potter and Hunger Games, so she has an Instagram account devoted to the books and films. No one even knows she manages the account and one of the actresses in the newest Hunger Games movie gave her a compliment on Instagram, which made her day, week, LIFE. Her experience is not about collecting likes from peers, it’s about celebrating her favorite stories with fans who feel the same way. Full disclosure, she has a personal account, too, so we’ve covered all the points above.
Encourage creativity. There are lots of apps your kid can download to make edits. Rather than just posting “selfies” (a picture she takes of herself, often with a weird duck-faced expression), or reposting what others have made, your kid can become an experienced young graphic designer, selecting images, quotes, and treatments to convey her personal style.
BEM1019 says2013-11-08T02:06:15.117
Report Post
Attention for posters there are posters for the yes side that do not match their profile. Adult men.
BEM1019 says2013-11-08T02:09:07.907
Report Post
There are posts for yes that do not match the profile. Adult men
Privacy Policy | Terms of Use
Sitemap | View Desktop Version
©2021 Debate.org. All rights reserved.