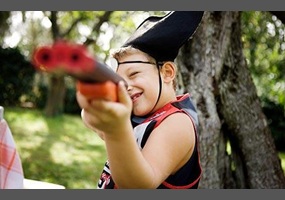 Should kids play with guns?