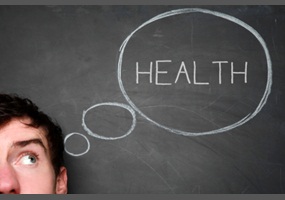 Should middle school and high school students have access to condoms?

Electric eel, Condom, Bill Gates, Middle school, Electrode
Should middle school and high school students have access to condoms?
67% Say Yes
33% Say No
Leave a comment...
(Maximum 900 words)
RosaWyatt says2017-12-27T20:57:02.340
Report Post
URGENT LOVE-SPELL TO GET YOUR EX HUSBAND/WIFE (BOYFRIEND/GIRLFRIEND) BACK FAST!!
I’m so excited! Thanks to Dr. Azeez for bringing back my Ex-husband and brought great joy to me today! Azeezabdulahi12@gmail.Com is certainly the best spell caster online, if you need your Ex lover back fast! And his result is 100% guarantee….
After 12years of marriage, me and my husband has been into one quarrel or the other until he finally left me and moved to California to be with another woman. I felt my life was over and my kids thought they would never see their father again. I tried to be strong just for the kids but I could not control the pain that torments my heart, my heart was filled with sorrows and pains because I was really in love with my husband. Every day and night I think of him and always wish he would come back to me, I was really upset and I needed help, so I searched for help online and I came across a website that suggested that Dr Azeez can help get ex back fast. So, I felt I should give him a try. I contacted him and he told me what to do and I did it then he did a (Love spell) for me. 18 hours later, my husband really called me and told me that he miss me and the kids so much, So Amazing!! So that was how he came back that same day, with lots of love and joy, and he apologized for his mistake, and for the pains he caused me and the kids. Then from that day, our Marriage was now stronger than how it was before, all thanks to Dr Azeez he is so powerful and I decided to share my story on the internet that Dr Azeez real and powerful spell caster who I will always pray to live long to help his children in the time of trouble, if you are here and you need your Ex back or your husband moved to another woman, do not cry anymore, contact this powerful spell caster now. Here’s his contact: Email him at: Azeezabdulahi12@gmail.Com
You can also call him or add him on what’s-app: +2348160153829
Privacy Policy | Terms of Use
Sitemap | View Desktop Version
©2021 Debate.org. All rights reserved.