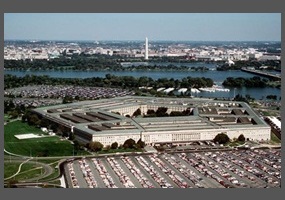 Should military spending be cut? Should the Pentagon budget be reviewed and subject to cutbacks?