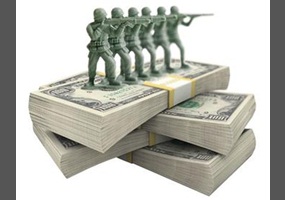 Should military spending be reduced?