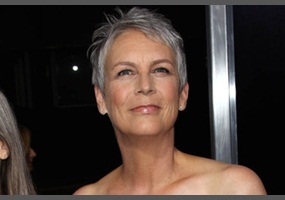 Should more movie stars make the leap to the small screen as Jamie Lee Curtis is doing?