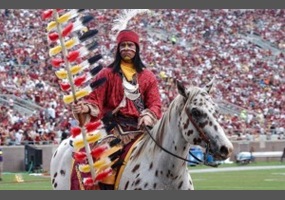 Should Native American mascots be banned?