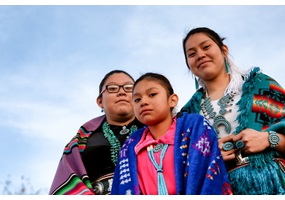 Should Native Americans be treated better?

Should Native Americans be treated better?
60% Say Yes
40% Say No
Leave a comment...
(Maximum 900 words)
Krystan says2020-08-28T08:02:36.010
Report Post
We should not treat someone better than other ones, Because everybody is also humans being. No matter where they are, They have the same opportunities and the same rights. No one is more important than the other one, And they deserve their human rights anywhere in this universe. For example, Blood is always red. No one wants to feel sad or unhappy, Thinking in the position of the other ones, You can feel their hurt and injury. Live with a sympathy heart and feel the pain of the other one like yours.
Privacy Policy | Terms of Use
Sitemap | View Desktop Version
©2021 Debate.org. All rights reserved.