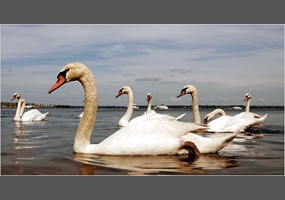 Should New York kill its large population of mute swans?