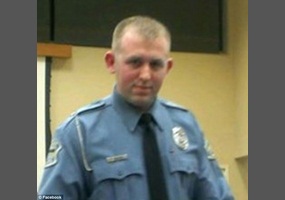 Should Officer D. Wilson been indited for the "murder" of black teen Mike Brown?