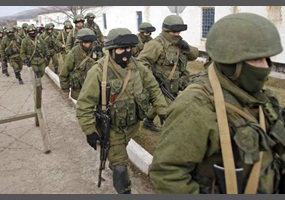 Should other countries send troops and/or peacekeepers to the Crimea region?