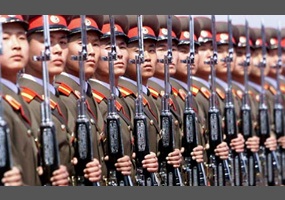 Should other nations intervene to limit North Korea's military capabilities?