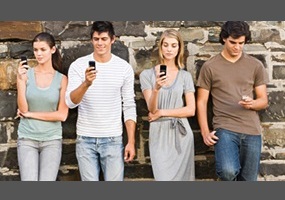 Should parents be allowed to read teens' text messages?