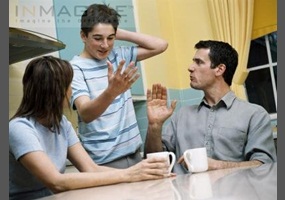 Should parents let teens make their own decisions?