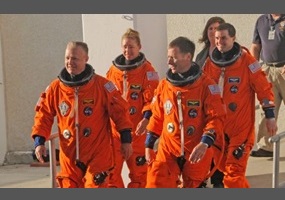 Should people be allowed to own guns?

Gun, London, Recreation, Shopping
Should people be allowed to own guns?
64% Say Yes
36% Say No
Load More Arguments
Leave a comment...
(Maximum 900 words)
codymatthew1212 says2014-10-31T15:42:33.143
Report Post
To all you liberal idiots who think we shouldn't own a gun. Put yourself in a alley in nyc and your getting mugged and or your wife gets mugged or raped. Tell me that you wouldn't want a gun present or that you actualy belive the cops will arrive in the 60 seconds it takes to do it? Look at Switzerland. Everyone owns a gun and no crimes. Would you walk in to a bank and rob it knowing EVERYONE in the bank has a gun on their hip? And not only that. What about the people who practice substanance living out in the mountains? Who rely on a gun to feed their family. Guns aren't the problem. Its Parents who don't know how to raise their kids who is the problem. You wana bann something? Ban a knife. A knife has unlimited amount of bullets and can kill JUST as easy. Or better yet. Ban our hands!
Anonymous says2014-12-17T00:26:21.107
Report Post
Anyone voting no is an idiot. A special kind of idiot. They should spend one minute in their home with a rapist whose burst in knowing that no guns are in the house because they're illegal. When seconds matter the cops are minutes away
And I thought you libs didn't like cops? What if your black.
de-way says2018-01-09T17:44:39.737
Report Post
You need to know de way my brother
Privacy Policy | Terms of Use
Sitemap | View Desktop Version
©2021 Debate.org. All rights reserved.