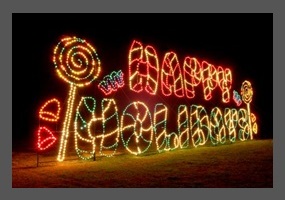 Should people say 'Happy Holidays' instead of 'Merry Christmas?'

Happy Holidays, Christmas, holiday, Merry Christmas
Should people say 'Happy Holidays' instead of 'Merry Christmas?'
21% Say Yes
79% Say No
Load More Arguments
Leave a comment...
(Maximum 900 words)
loribe says2013-12-04T22:03:17.587
Report Post
...Hmmm - why is it one or the other ...Say what works for you - BTW people - Christmas had nothing to do with Christ until the RCC brought it in to attract pagans ...Google it. I tend to use Happy Holidays more ...Why would anyone be offended by Happy Holidays? Why would anyone be offended by Merry Christmas? Just let it roll off your back ...It's all good - it's all well-wishing another person so WHY should anyone be offended? I don't get it ...
lilika7 says2014-10-20T07:32:04.690
Report Post
Why is this suddenly an issue? Why can't we just accept both 'Merry Christmas' and 'Happy Holidays' peacefully without making such a big deal out of it? Oh that's right. Because morons would rather impose what they want on others instead of just accepting the fact that people believe in different things. Both greetings should be acceptable, not war-mongers.
dlane12345 says2014-12-18T23:23:46.957
Report Post
Let's see someone tell the muslims that Ramadan should not be celebrated since it doesn't include non muslims. Tell them to say "happy holidays" instead. I'd like to be there for the show when you do...
grassrox says2014-12-22T20:28:47.183
Report Post
By the argument that Christmas is offensive because not everyone is a Christian is akin to saying 'Happy Birthday' to someone is offensive because it is not everyone else s birthday. My birthday is on July 13th, the New York City draft riots occurred on that day and thousands of Ethiopians were killed that day by the armies of Somalia. So is it now offensive for someone to wish me a Happy Birthday because suffering and violence occurred on that day?

Also (at least here in the United States of America) we are FREE to worship and speak as we please. I am thankful that you are able to disagree with my beliefs, and am not offended by it. I think a lot of people are loosing sight of what liberty means, and by desiring to limit what one person can say or do they are in fact trying to impose limits on all of our liberties.
Privacy Policy | Terms of Use
Sitemap | View Desktop Version
©2021 Debate.org. All rights reserved.