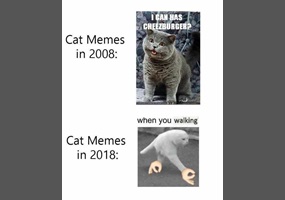 Should people who post dead memes on social media be exiled into the depths of space?