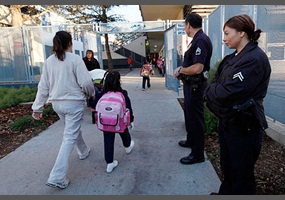 Should school police officers be armed?