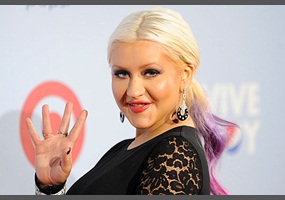 Should popstar Christina Aguilera get married before she has another child?