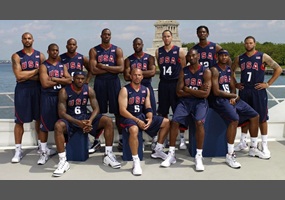 Should professional athletes be allowed to compete in the Olympic Games?