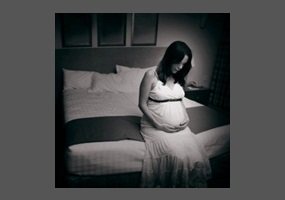 Should rape victims be forced to carry their rapists' babies to term?

CNN, rape, Victims
Should rape victims be forced to carry their rapists' babies to term?
21% Say Yes
79% Say No
Load More Arguments
Leave a comment...
(Maximum 900 words)
Anonymous says2014-11-21T02:15:39.597
Report Post
It's not the babies fault. I would like to see some of you pro choicers meet rebecca keesling. She was conceived in rape and her mother tried to abort her twice in alleys but luckily this was before row v wade and abortion was illegal which was why her mom backed out. Why don't you tell rebecca keesling that if you had your way her mom would have been able to abort her and she wouldn't exist today? That she's be ripped apart. When she was 23 she reunited with her mom who adopted her and they are now mother and daughter. A happy ending to a tragic story. I was strongly pro choice before I heard her story. I would rather tell the rape victim she can't abort than tell the dale result that they shouldn't exist.
Privacy Policy | Terms of Use
Sitemap | View Desktop Version
©2021 Debate.org. All rights reserved.