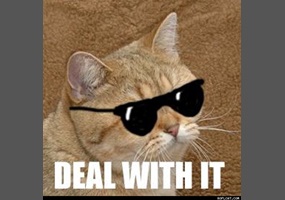 Should religious intolerance be accepted?

Asked by: Twelve
Should religious intolerance be accepted?
50% Say Yes
50% Say No
Leave a comment...
(Maximum 900 words)
steffon66 says2015-09-04T11:41:42.110
Report Post
I cant answer yes or no here. If its and objective conclusion you have then yes you should be able to be intolerant. If its subjective then yours is no better than anyone elses so its hypocritical. We are all intolerant when it comes to some things like Muslims thinking its good to kill children and women and stuff. If we accepted everybodies views then we would have to kill ourselves come back to be killed by someone else and then come back for a reward and we cant do that all. We could simplify and objectify morality by three little words which are i dont know. The best we can do is try to be fair but no one wants to do that
Privacy Policy | Terms of Use
Sitemap | View Desktop Version
©2021 Debate.org. All rights reserved.