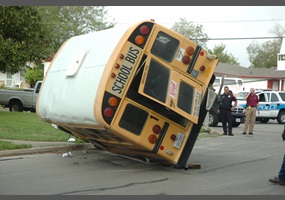 Should School Buses Have Seat belts?