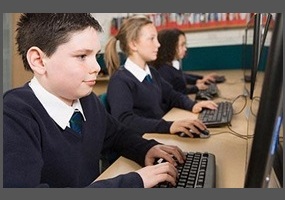 United States, school, Facebook
Read more: http://www.huffingtonpost.com/randy-turner/s...
Should schools block websites?
12% Say Yes
88% Say No
Load More Arguments
Leave a comment...
(Maximum 900 words)
Edwin says2014-09-01T05:53:34.720
Report Post
Yes, I think school should block certain websites, because the Internet has many improper websites for children to watch, such as porns, games an so on which are bad to children’s growth. So I suggest that school should use some software like Aobo Filter for PC http://goo.gl/B7XNDn to block unwanted websites to protect students. Wise choice to block certain websites!
FutureAmerica says2015-08-18T04:54:08.880
Report Post
Just get rid of all porn thing or make it a rule. Is it wise really, or wise for you.
FutureAmerica says2015-08-18T04:59:06.977
Report Post
See almost everyone agrees, The majority wins, NO BLOCKING,
Privacy Policy | Terms of Use
Sitemap | View Desktop Version
©2021 Debate.org. All rights reserved.