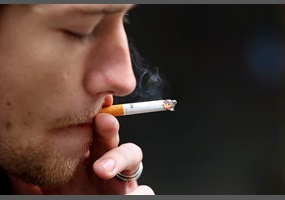 Should smokers be denied jobs?

Asked by: madams
Should smokers be denied jobs?
25% Say Yes
75% Say No
Leave a comment...
(Maximum 900 words)
JonHouser says2017-05-04T13:22:13.347
Report Post
I believe that employment should be strictly an agreement between the employer and the employee. The government should not be involved in that agreement in any way. So if an employer desires to hire employees who do not smoke because it interferes with the operation of that business, then that is exactly what that employer should do. And no one should have any say in that decision. If a potential employee doesn't like that decision, he has the right not to work for, or do any other business with, that company. But he should not have the ability to win any kind of lawsuit against that company based on not being offered a job with that company. (He has the right to sue, but he should not be able to win based on this topic.)

I believe that smoking shows an extreme lack of proper decision making skills, and represents the proclivity to other forms of damaging behavior that could negatively impact my company. It is a form of risk management to not employee smokers and other drug addicts.

Decisions have consequences. The decision to smoke may result in the consequence that certain jobs are not open to you.
Privacy Policy | Terms of Use
Sitemap | View Desktop Version
©2020 Debate.org. All rights reserved.